In this TP5x vs Pro V1x ball article, let us explore the differences between the two balls.

If you’re a golf aficionado who is looking to slowly make your way into the pros, then this is a review you must read. This is a review of two very high-quality balls that make the tour-grade. They have been used by some of the best golfers. Which one suits you better?

Looking for golf balls that actually make the tour-grade is not an easy task at all. At the end of the day, the golf ball depends on the person who’s using it. You could spend a lot of money on a golf ball that’s got high ratings, but it might not suit your style of play.

This is why it’s very important to do a lot of thorough research and reading before you actually buy a good ball. It’s very common to see people spending upwards of $50 on a sleeve of balls, only to face immediate regret after.

As mentioned before, selecting the right golf ball is a very personal choice. You need to make a choice based on the style of your game and how you need the ball to react.

This is a guide to help you decide which ball is right for you.

Taylormade has a name made for itself as one of the most experienced golf equipment companies, having been involved with the game for over four decades. While it may not be the first name you think of when buying a golf ball, they are known for their innovative golf products.

The Taylormade TP5X quickly gained popularity. A lot of the pros chose the TP5X, thanks to the innovative 5-layers design and the flexible, year-hard outer covering. With the TP5X, you can expect some prodigious pace from the tee.

There are a total of 322 dimples on the ball, which ensure that increased velocity along with lower drag and soon gives you a slick, quick ball. Cast urethane is what makes up the cover, giving you increased control over the spin and higher interaction with the grooves. 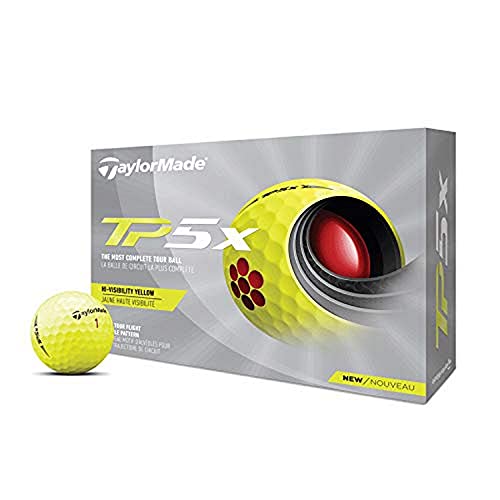 You get a very high level of control with the ball, which may be due to the gradient layer that distributes the strike energy a lot more evenly. The Taylormade TP5X comes with a compression grade score of 87. This is thanks to its triple-layered core. Also, be sure to read more about the TaylorMade TP5 vs TP5x.

Titleist Pro V1 golf balls have been of the highest standard for a long time now. Every time you watch a professional golf tournament, you’re sure to have seen a lot of the Titleist Pro V1 across the golf course.

The V1 is known for its great performance, but the V1x comes with a few very handy upgrades.

First and foremost, you get increased control over the spin. If you find yourself within scoring range, you’ll see that the V1X gives you increased iron and spin in the short game, making your game more accurate. You can also expect an increased flight with the V1X.

If you’re a sharpshooter who knows how exactly to find your way around the long game, the V1X will be superb for you.

The four-piece balls are made to match tour quality, giving you very accurate control over the spin. The urethane elastomer cover keeps spin in check during the long game. With a cover that is 17% lighter than its predecessor, the V1X gives you a much better feel on the course. 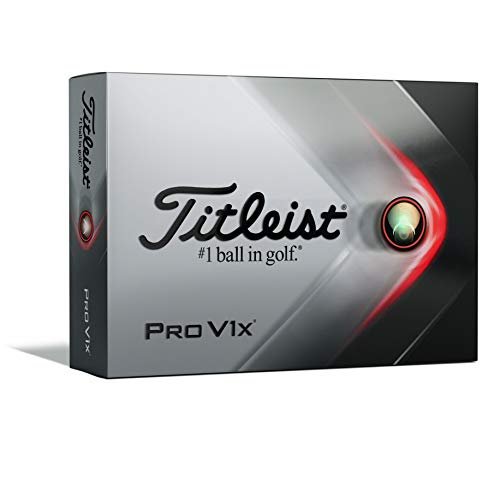 It comes with a compression grade score of 90, which is ideal for those who have a quicker swing speed. Since the casing is larger, it can get further from the tee without losing control over the spin. Don’t forget to learn about Titleist Pro V1 vs Pro V1x.

Both these balls meet the lofty standards of the pro tour. Based on the game they play, different golfers have their own choice. There are plenty of professionals who have made a choice between these two golf balls. That’s why you can see both these balls quite often on the pro tour.

Now that you know the basics about these golf balls, and their basic features, take a look at what sets them apart. Here are the main differences between the Taylormade TP5X and the Titleist Pro V1X balls: 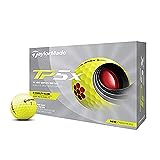 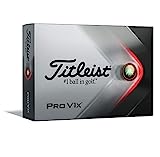 Now that you have a rudimentary understanding of how the Taylormade TP5X and the Titleist Pro V1X balls differ, let’s have a further look at the most important features of both balls. There are some very important features to consider while buying a golf ball.

These features will have a direct effect on your game, as different balls perform differently in various conditions. As we look at each feature, we will give you an idea of which ball comes out on top with respect to that feature.

How Does the Ball Perform Off the Tee?

For the majority of golfers, distance and velocity off the tee are some of the most important factors to consider while picking a golf ball. There are many factors that determine the performance of a ball off the tee, but ideally, it should cover good ground at a good velocity.

The Taylormade TP5X tested very well in this parameter. They have the ability to travel straight for long distances at a good velocity. The ball also gives a great feel to the player hitting it off the driver. Repeated tests yielded similar results.

The Titleist Pro V1X gives the hitter a good but expected distance from the tee. The spin control was alright. About as much as you would expect from a ball that was engineered for other types of performance around the green. Didn’t yield consistent results from multiple tests.

With respect to performance off the tee, the TaylorMade TP5x wins, thanks to its consistent coverage of longer distances with good velocity.

Performance on the Fairway and Green

This parameter is known as the ‘run’ of the golf ball. It details how a golf ball behaves after it has been hit.

The bounce, the roll, the movement off the green, and other general performances on the Fairway. Golfers want the ball to follow their direction and move smoothly across the green.

The Taylormade TP5X balls did quite a decent job of performing across the fairway and the green. They did a decent job but were inconsistent at times. During approach shots and putts, there was a marked difference in the rate of spin.

The Titleist Pro V1X is the dream ball when it comes to measuring performance off the fairway and the green. They latched on to the surface extremely well, displaying an almost undefeatable power to stop. They also have a lot more control while playing chip shots.

With respect to performance off the fairway and green, the Titleist Pro V1x wins it, with its advanced stopping power and control while chipping.

Putting all comes down to accuracy and calculations. It’s about getting the ball in from closer areas. Golfers require a lot of control over the ball, requiring the ball to be obedient. Balls that maintain their direction and travel accurately according to the hit are more widely preferred.

During close putts, the Taylormade TP5x performed admirably. It was quite easy to get the ball into the hole from very close ranges. However, as the putting distance increased, there was a decrease in control over the ball. The reduction in spin control as the distance increased was very evident.

One of the most striking things about the Titleist Pro V1x was the amazing feel that golfers had while they used it for various putting scenarios. It gives a lot of control to the player as he tries to make his putt. They could be hit with almost professional level precision.

With respect to performance while putting, the Titleist Pro V1x is the clear winner, providing a great feel and higher accuracy than the TP5X.

Which Would the Better Ball Be?

While this is a comparative review to give you a better idea of these two golf balls, it’s better if you actually give both balls a go and see which one suits your game better.

Both balls performed quite impressively overall. However, if you’re someone who’s looking for a ball that is up to professional tour quality, then you must be a player who isn’t struggling with your distance hitting. The Titleist Pro V1X comes out on top when it comes to the small nuances.

The Taylormade TP5X gave a great feel during the hitting process, but their performance across the fairway and green left quite a bit to be desired. When it came to performance and accuracy, the Titleist Pro V1X definitely takes the cake. So there you have it.

Overall, the Titleist Pro V1X came out on top as it was a better choice in the smaller yet very important areas.

Here are some of the more commonly asked questions when it comes to the Taylormade TP5X and the Titleist Pro V1X:

✅ Who Should Use the Titleist Pro V1x?

The Titleist Pro V1X ball is made for those golfers who are looking for an extra spin while taking their wedge shots and for accurate putting. In the long game, there isn’t too much of a difference between the Taylormade TP5X and the Titleist Pro V1X.

✅ Which TP5 Ball Is the Right One for Me?

For most average golfers, the Taylormade TP5 is the best choice for a game. However, if you’re someone who has an average of more than 200+ yards off the tee, the TP5X is a better option. Both balls offer good distance, higher spin, good feel, and lower compression.

✅ What Is Taylormade Ball Similar to Titleist Pro V1x?

If you’re looking for similarities to the Titleist Pro V1X, the best alternative you can look at is the TP5X by Taylormade. It offers a lot of control while playing.

However, the Titleist Pro V1X is a much better ball on the green. It grabs the turf nicely, giving good control on the fairway.

Well, there you have it. For today’s comparison between the Taylormade TP5x and the Titleist Pro V1x, the Titleist Pro V1x Balls comes out on top. Choosing a golf ball is never an easy thing to do. There are so many different brands and companies to choose from.

However, if you’re looking for a golf ball that actually matches up to the impossible standards of the pro tour, these are two very good options.

The behavior of a golf ball has a massive outcome on how the player’s game goes. So while you need to do a lot of research about the right ball, it’s also important to actually give the balls a practice go. Only then will you be able to actually tell which one is right for you.

AngryGolfer.Com is a participant in the Amazon Services LLC Associates Program, an affiliate advertising program designed to provide a means for us to earn fees (at no cost to you) by linking to Amazon.com. *Amazon and the Amazon logo are trademarks of Amazon.com, Inc., or its Affiliates.